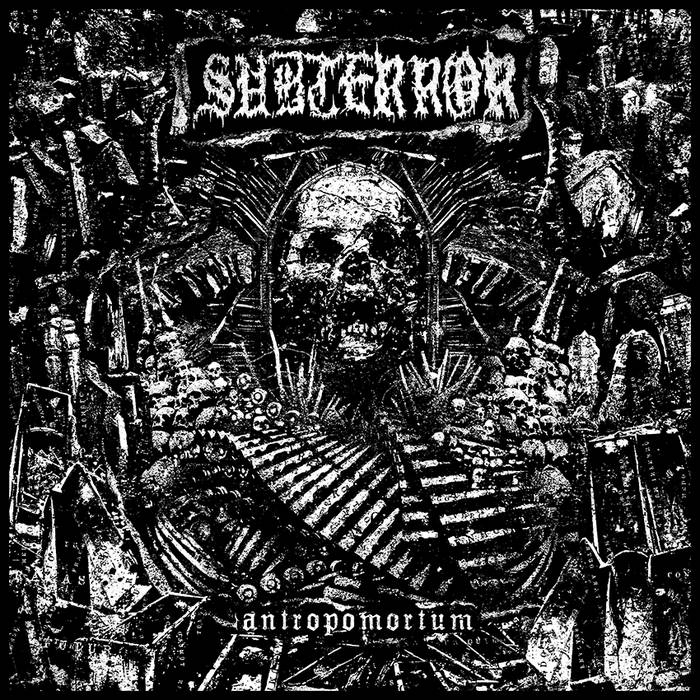 Black Hole Productions unravels yet another gem from the underground. SUBTERROR play caustic crust/death metal that will shake your cerebrum and shatter your spine irrevocably.

Rampaging through nine festering tunes of utmost grime-laden cacophony, these guys scavenge the old school sound while adding to it the zest and feverish delight of the newer ones. SUBTERROR coin a new blend where rawness is the law and the rest fall in line perfectly. Such crust-death metal hybrids glorifying the rotten and perverse don't come out very often.

This is a commingling of early BOLT THROWER and DISRUPT, or DISMEMBER and DOOM, and so on, covering both personalities, taking the best qualities of each and integrating them without compromising on the aesthetic of either.

This is superbly concocted music that will ensure repeat listens by a band that is poised to grow by leaps and bounds with their debut full length release on Black Hole Productions.