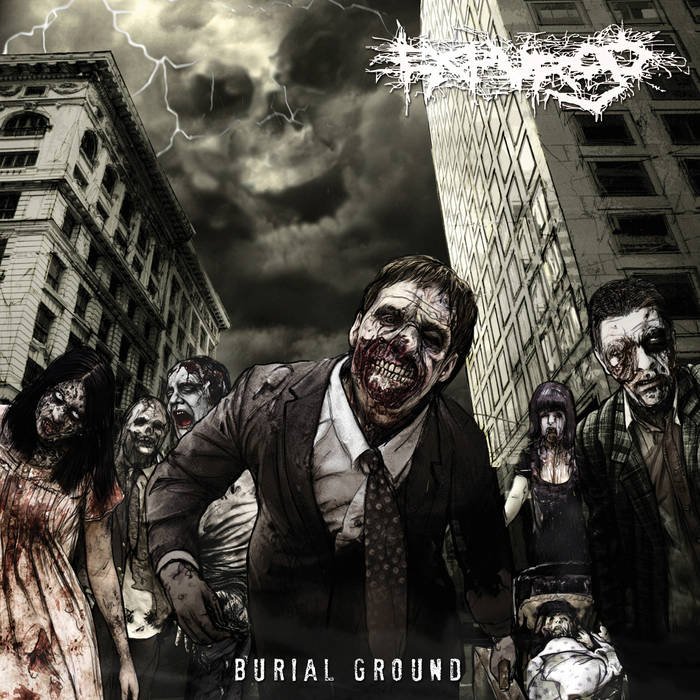 Coming from Belo Horizonte (MG), the land of the cult mighty Brazilian 80′s/90′s metal legends, EXPURGO rises from the grave with their first full-length material.

Highly influenced by grindcore and goregrind bands, BURIAL GROUND is ready to prove once again why they are one of the sickest Brazilian bands and why they have reached this great status!

For sure BURIAL GROUND will put them at the forefront of the new Brazilian grind elite. Savage grind brutality on its finest form, highly recommended for fans of Regurgitate, Phobia and Dead Infection.

• “Burial Ground” was recorded, mixed, produced and mastered by André Marcio & Alan Wallace and EXPURGO at WZ Studios, Belo Horizonte|MG - Brazil.
• Recorded between June & August 2009.
• Mixed and mastered between January & February 2010.
• All music by EXPURGO.
• All lyrics by EXPURGO except “Purging the Phlegm” written and recorded additional vocals by André Luiz.
• Front cover by Anderson L. A.
• Art direction by Fernando Camacho